$795.00
Out of stock
SKU
i-art-44-DS
Add to Wish List Add to Compare
Quick Overview
A larger size stone used as the core/nucleus from which other tools and weapons were "shaved" This awesome nucleus is so wonderfully shaped, one might mistake it for an actual oversize bi-facial hand tool. Its carver may indeed have deliberately maintained this specimen as aesthetic as it is to display his carving abilities to others. Being an expert stone tool carver was considered a very valuable ability, gaining one higher respect within their community. 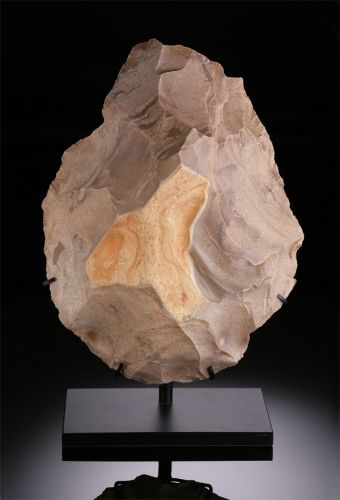