The Levallois point is believed to be humanity's first attempt to make spearheads. The point is believed to have been lashed to a wooden pole, making it a new invention of a weapon to hunt for larger size game. This particular flint piece is from a catalogued private collection. 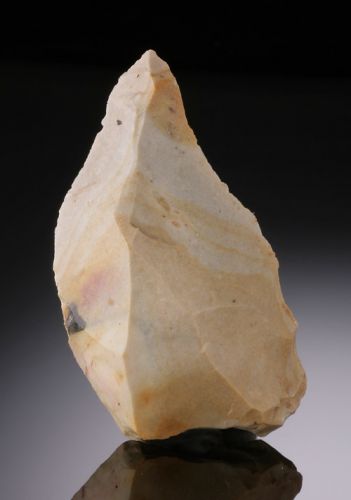