No matter which angle you choose to showcase this Pyrite sphere, you will have smaller vugs showing smaller size Pyrite terminations. A 3 prong acrylic stand is included. 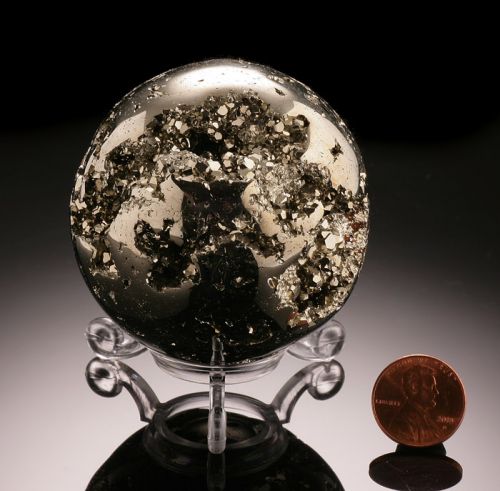