We try to choose spheres that have caverns showing natural pyrite terminations all around the surface of the sphere. A 3 prong acrylic stand is included. 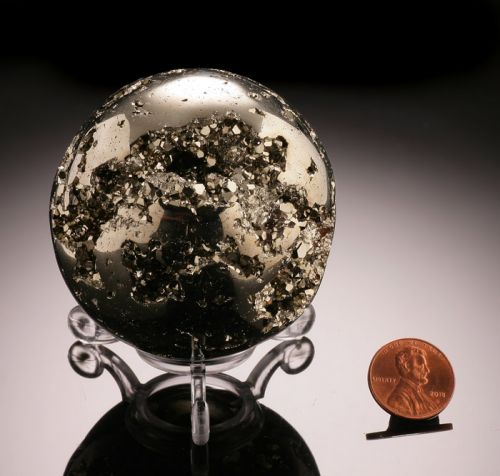