There are vugs showing pyrite terminations all around this sphere. A 3 prong acrylic stand is included. 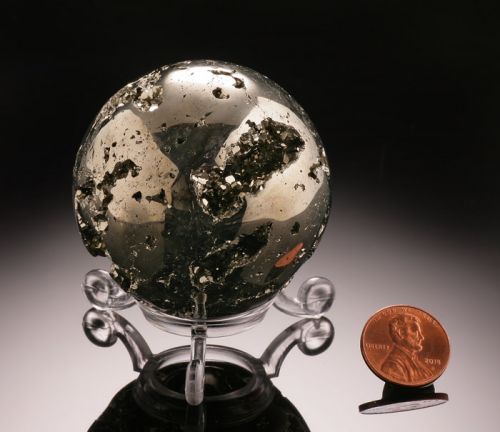