Beautiful wedding vase by artist Martina C. The hand turned piece has many details including shiny and matte finish. The piece is signed on the bottom. 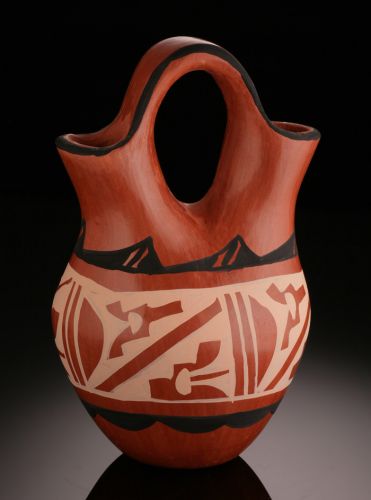 Jemez Pueblo is the northernmost of three major Pueblos along the Jemez River, a tributary of the Rio Grande. Jemez Pueblo pottery has gone through a unique evolution, one that has resulted in modern handmade pottery that speaks of a marriage of cultures.