Dark patina and nicely symmetrical handaxe with custom made stand. The piece has no repairs or restorations. 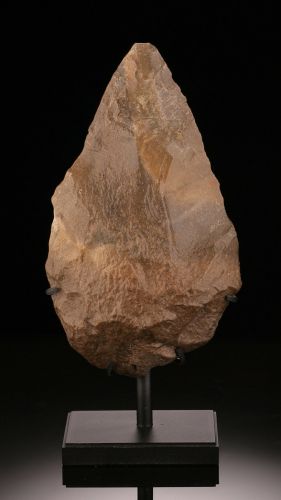