A large and sturdy hand axe that is worked on both sides (bifacial) giving it strong rigid edges. The axe has no signs of modern chipping or restoration. The dark patina and luster are exceptional. Sold with a metal stand. 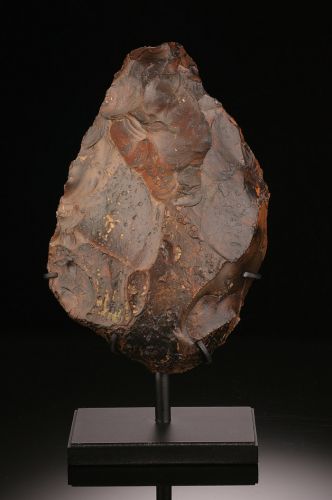