Large and evenly crafted hand axe with red-brown patina on the front side and less-polished stone backside. Sold with custom metal stand. We stand by the provenance of all our material and can provide a letter of authenticity upon request. 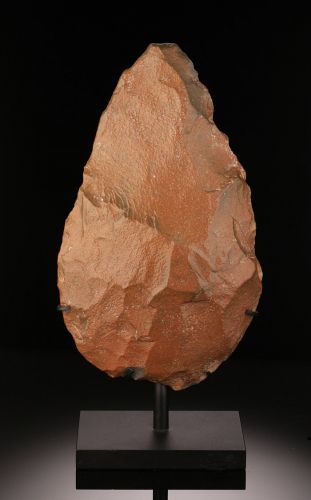